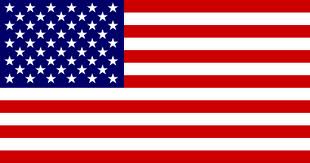 The United States is highly sought after by our VPN users and this is why we have dozens of servers in the USA alone with some locations listed below.

Western USA is excellent for speeds and pings to Asia including China other countries in Asia.  In fact outside of Asia it's unlikely you'll see better pings or speeds.

Eastern USA is great for pings and speeds especially to Europe but often works well with the Middle East and often delivers great speeds to Asia too (sometimes higher speeds than the West).

The Midwest USA is fairly neutral but tends to have a slight Eastern bias but generally has good speeds/pings to Europe, the Middle East.

The USA has a low level of anonymity due to surveillance by the government but has a good amount of trust.  It is usually chosen to access USA based services such as Hulu/appear from the US and because of it's ideal pings and speeds.

We have two Chicago servers due to demand, Chicago is considered one of the largest hubs in North America with fairly neutral routing to both Europe and Asia and has excellent peering.